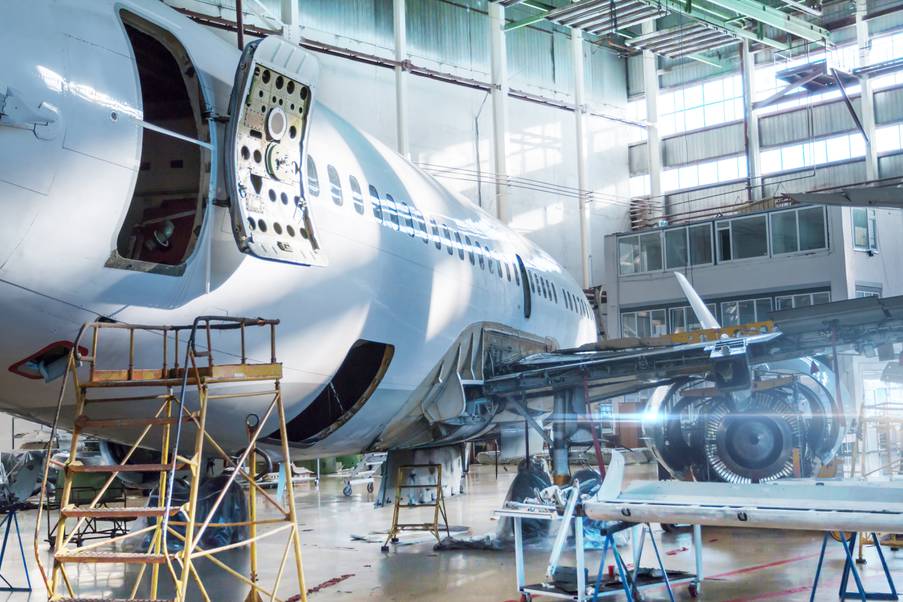 Paint stripping operations have always been an expensive and time consuming process. Removing paint from an object, especially a large painted surface, requires many hours of work. In most cases, solvents and big quantities of water are used to strip paint which has negative consequences on the health of workers and the environment.

An alternative to traditional paint stripping is laser paint removal, an effective, fast and environmentally friendly method to remove paint from a surface.

Paint has been used to cover surfaces and object since ancient times. Their function is twofold: on one hand they protect the material they cover from wear and tear, on the other, they strongly contribute to the aesthetics of the object.

Practically all industrial sectors make use of paint, but for some, it is a crucial part of the production process.

This is the case, for example, in the vehicle manufacturing industry, whose objects - airplanes, ships or trains - have large painted surfaces.

Aircraft can be repainted in cases of general maintenance or after a change of ownership.

Traditionally, chemical and physical methods are used to remove paint, i.e. the paint is softened with solvents and then scrapped mechanically. This technique has other drawbacks:

Laser depainting makes it possible to overcome these drawbacks, transforming stripping into a fast, effective and precise process.

The process of stripping paint with laser

The laser paint stripping process consists in irradiating the painted surface with a laser beam that vaporizes the paint layer.

The paint is removed practically instantly thanks to a sublimation process. Compared to traditional methods, laser paint stripping is a much faster process. In a few hours it is possible to remove tens of square meters of paint from a surface. The only consumption of resources is the electricity used to power the system.

Harmful solvents or other chemicals are unnecessary. Just apply the laser to the surface and in a few seconds, the paint is removed.

Which technology for laser paint stripping?

Defining the technology suitable for a laser stripping system in detail is difficult without knowing its specific context of use. The fundamental components of a system of this type are a laser source and scanning head.

Theoretically, the choice of the laser source depends on the chemical composition of the paint to be removed. It is a well known fact that each material absorbs a certain wavelength more or less well. The most efficient laser source has a wavelength that is best absorbed by the material it is trying to sublimate.

However, an important consideration must be made. It would not be viable to create a paint stripping machine which could only strip on one type of paint. A laser depainting machine must be able to remove the greatest number of paints on the market.

The CO2 laser offers the best compromise between reliability and versatility. A carbon dioxide laser source is therefore the most suitable tool for this application. The wavelength of 10.6 micrometers is in fact effective on most of the paints on the market because it is highly absorbable. It can remove both white and colored paints, without damaging the underlying surface.

The scanning head is the other fundamental element of a system for laser stripping. This device is used to precisely direct the laser to a specific part of the surface and to keep it focused on that work area. These two characteristics make it an extremely precise work tool.

The choice of the head depends not only on the laser used, but also on how much surface needs to be covered. Large surfaces require particular scanning heads such as the El.En. 1770HR which manages to cover an area as big as 2300 x 2300 mm.

The fundamental components of a laser system for paint stripping are The laser source and the scanning head. However, their implementation is strongly guided by the type of work needed. The possibilities are endless and each application requires the study of a tailor-made system. Contacting our technicians is the best way to find out the possibilities this application offers.